What is RAT Administrator?

The Remote Access Terminal Administrator, or RAT for short, is a monitoring and content syncing service that is used to access individual terminals, also known as units, in the field - iPoint’s iKiosk units - to synchronise their content with that of the server.

RAT is used to monitor the units’ connectivity and health while collecting usage logs, uptime statistics and much more. RAT also allows technicians to remotely view and control the units in real time when issues are detected or reported. Various statistics about units can be accessed by RAT, information regarding which version of iKiosk is running, what content was uploaded and when it was done.

RAT was designed to be bandwidth sensitive and really efficient as some of the units are connected over metered connection, which could result in costly content updates. RAT uses a sophisticated proprietary routine to determine what should be synchronised with the unit, nothing more, nothing less.

RAT is the bridge between the Content Management System and the live units out in the field.

BeingIT® commenced RAT’s development in 2003 from the ground up. It was developed as a collection service to pull usage logs and system status from the various units out in the field in remote locations. It collects, reviews, sends and receives data and it is the only service that has direct access to the iKiosk units.

RAT is still an active system and has been modernised with current technologies and added features.

Fun fact: back in the day, ADSL was not an option and dial-ups were the only means of connecting to these remote terminals. We actually had to dial the telephone number of the unit in the field via a modem connection, which was painstakingly slow, wait for it to answer and then perform the syncing very efficiently as the line speeds were slow. The entire process was automated and required no human intervention! This was a huge accomplishment for the time.

How is RAT Administrator put together?

It is installed on a secure, isolated and dedicated server that communicates with the content server and the remote terminals via a secure VPN network. This increases the terminals’ security by not exposing the content management directly to the terminals. 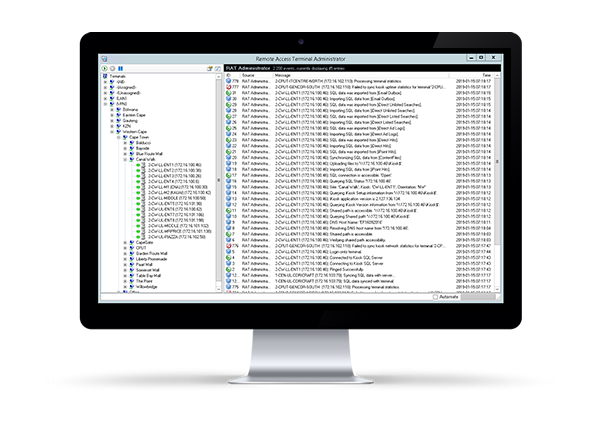 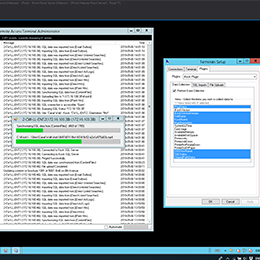 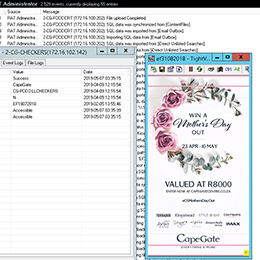 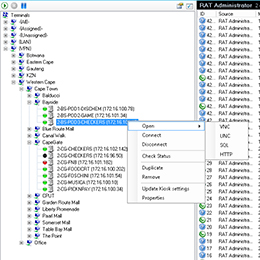 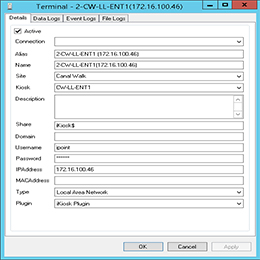